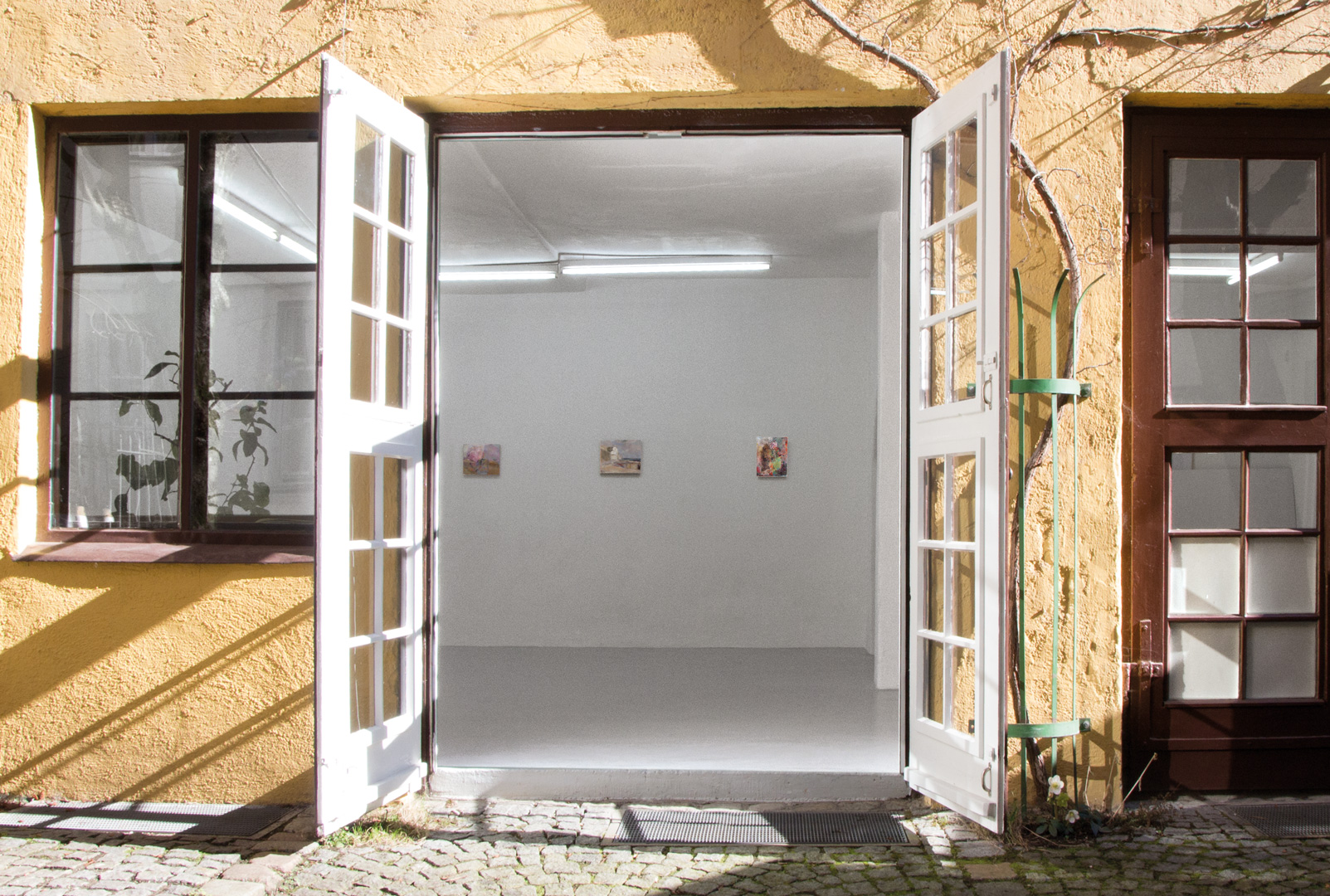 one woman show
anja niedring – out of time

here below is the digital exhibition catalogue, there will be soon also a printed version. this may be a love song

the one in which mick jagger goes for his ex-lover...you don't know what's going on...you are out of touch...you are obsolete...my poor old-fashioned baby... it keeps coming back to the same thing: you are out of time. and then baby 41 times over! starting with this poetic marimba-theme by brian jones – hhmmm, sometimes it almost sounds like envy of her new freedoms: giving up the social whirl.

anja niedring couldn't care less if she is in or out of time. she paints. how and what she likes, not taking a glance where the next tide is coming from or what it will wash up.

but then she lives and works in one time and in one environment – or actually in two of them. born 1969 in munich, studied at the academy of fine arts under horst sauerbruch, rudi troeger and jerry zeniuk, qualified with the title of master in 1996. in 1997 a daad (german academic exchange scholarship) takes her to london - long after it was swinging, it was post postpunk.

moved then from london to the less expensive brighton,'london by the sea', she follows the exciting, slippery path between figurativeness and abstraction – working in nature, not from it. and what a nature it is! previously john constable, who moved there to find healthier air for his ailing wife, was also captivated and impelled forward by it.

in the munich region there is an abiding interest in the narrow path between abstraction and the illusion that's called realism. definitely inspired by the reality before one's eyes, but actually just painting, not less artistic and passionate for all that. decisively launched by wilhelm leibl, carried on by franz marc and gabriele muenter, then oscar coester and rudi troeger...

and now anja niedring from munich in brighton does enchanting real painting among real cliffs, the sea, clouds, even flowers! is that allowed? for a woman perhaps, or claude or andy... male artists after all are supposed to paint rather wild subjects, like prey. but this great cave-painting "the old pig" (as titled it the sz newspaper 15.01.2021) 45000 years ago, was maybe painted by a woman, who can tell?

sometimes in anja niedring’s paintings a blurred figure emerges in the amalgam of water, air and land. they almost seem to metamorphose in that chaos, merging into it. the human disappears in the anthropocene.

and again and again those white chalk cliffs, a white blob in the landscape, in the picture, in time – out of time.

translated from german by tom lines