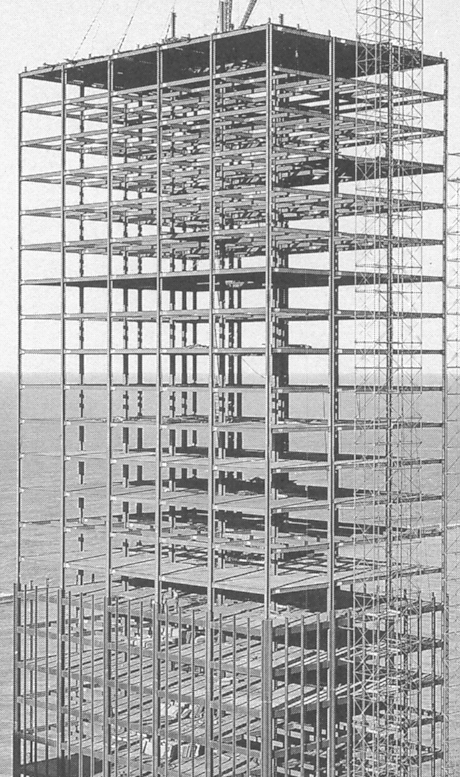 as the virtual home for our second virtual art fair myfair two, following the glaspalast for myfair one a year ago, we’ve now picked the hertie tower at the muenchner freiheit square . almost windowless it was built in 1964 as a gigantic, concrete warehouse for the department store underneath. the city planning department remarked: “take it bravely, gentlemen”

only later was an architect, franz hart, who was renowned for such tasks, commissioned to do a façade. in that way, most fortunately, this breathtakingly pure, elegant symbol of the are got created: minimal art meets pop art. on it the huge, rather banal logo of the spaten-brewery comes across as almost warholesque.

the beat generation loved this cool symbol of awakening. it could also be seen as a celebration of the notable bavarian freedom action of 1945.

and munich could be proud of that architectural-icon. eero sarinnen’s famous and very similar, though not quite as pure, cbs building in new york was finished a year later and acquired (oder:was given) the nickname black rock. the one in munich was lovingly called black giant and was demolished in 90-92 .